From my January 2012 post ‘Chancellor of Primary Fermentations‘:
‘My fermentations?  My disaster waiting to happen?  Much like traveling with no itinerary, Chance will be an ingredient in every single brew. ‘

The blog post has become my confessional.  My apologies for handing out these priestly responsibilities to you like brochures, but Staci is far too biased and involved to give me any real penance.  Perhaps I am fairly certain that you won’t, either, so this blogging actually suffices as flogging.  My public humiliation, but only public as far as words can take it…I’m not about to go on youtube with this god-awful shirt, regardless of how comfortable it is.   Similarly (or maybe opposing-ly), I will only brush over the range of negative emotions and black thoughts I had last week when we discovered that after more than 2 years of full-throttle, Chance-full brewing, disaster had indeed happened.

I tell folks all the time about my favorite brewing ingredient, Chance, when giving tours.  The metaphor about ‘opening the window with every fermentation’ is based on the fact that we ferment open and directly underneath a window in the brewery.  The intention is to bring our native Skyliners beer-loving yeast & bacteria into the brewery and into the beer to affect our beer with the lovable term ‘house character’.  House character is what The Ale Apothecary is all about.  Our beers, from day 0, have been designed to have a uniqueness built into them from this brewery, from this place.  This uniqueness adds an immense amount of value when it’s in the form of lip-smacking goodness.  This value is now inherent with The Ale Apothecary, so much that we should seriously consider copyright something.  Like words!  Make them ours so no one else can use them!

OK.  No, that’s not a real copyright.  And, no, it doesn’t sound like anyone’s fears have come to life.  Thankfully (and unlike last week), I now have perspective.  Perspective sprinkled with a bit of WTF, to be honest, but it’s a necessity when heavy things rest upon one’s shoulders.  Everyone is allowed to shrug now and then, and if the weight is worth suspending, someone will help hold it up or a flock of pterodactyls will grab it with their talons and fly away. 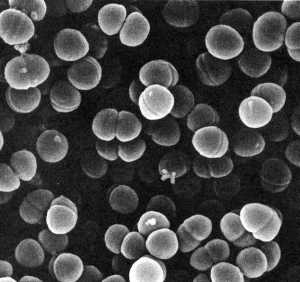 My biggest concern/fear/demon since commencing brewing here at the Apothecary has been the possibility that, at some point, the microbiology of my brewhouse could ‘take a hard left’.  Meaning that, in a world of open windows and veritable free-for-alls, whose to say what challenges might arise in a frontier town in BFE and only one lone sheriff to keep the peace?  I am currently writing the script of this brewery’s experience to read a lot differently than E. L. Doctorow’s ‘Welcome To Hard Times’, to be sure, but when I discovered pediococcus consuming all of the sugar in our most recent bottling of Spencer rather than our house yeast culture, I indeed felt as if the Bad Man from Bodie had arrived, ready to obliterate all the wonder and good that our efforts had created over the past 3 years.  E.L. Doctorow’s book was written about how intense fear can manifest that fear into reality.  Much like in the book, where the fear of a reckless drifter splinters the community of the settlement known as ‘Hard Times’, my fear of this organism I knew precious little about brought some dark thoughts when they bloomed in our annual & most-limited specialty brew.

Some background on this organism: pediococcus comes in a number of different forms and they are all part of what is commonly referred to as LAB (lactic acid bacteria) in wine.  It is often thought of as a beer- or wine-spoiler, but also is a participant in MLF (mall-lactic fermentation) in white wines, where malic acid is transformed into the more desirable lactic acid.  Pediococcus is essential for the production of gueze and other traditional mixed-fermentation Belgian beers as well as some of America’s most famous and revered sour beers.  Pediococcus consumes simple sugars and produces lactic acid in a CO2 environment without producing any CO2…so in barrel-aging it can add complexity to your brew.  However, as we found out recently, if there is enough active pediococcus added to the filtered beer (along with the yeast at bottling), the organism can out-compete the yeast in the bottle and change the beer enormously in a short period of time.  I am convinced that the reason that the pediococcus was able to do this also has to do with the health and activity level of the yeast added at bottling.  Both affected bottlings had low cell counts and the yeast was still in the initial stages of primary fermentation.  The next few weeks will have us testing out our theories (and bringing some fresh yeast cultures in from Wyeast to blend in with our house culture) so while I have a plan, the solution is still unknown.  And while there is a tremendous amount of information about this organism out there, there is painfully little regarding using it in sour beer production.  So, as before, we walk into these questions armed with willing hands and a beer laboratory, and hopefully we’ll find a solution and preserve our j.o.b. 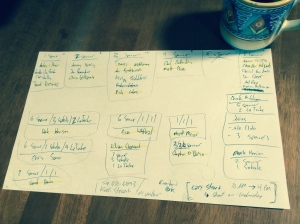 I am making these folks sadder than most today.

The most unfortunate aspect of this whole mess is that my precious Ale Club, the folks who do more for my brewery than I can elucidate upon here, get the short end of the stick.  Not only am I in the process of refunding their money for additional purchases of Spencer, they don’t even get the bottle they were promised this quarter!  In fact, they don’t get any beer this quarter.  The batch of Sahalie going to them is compromised like Spencer, and the 2 other batches in process will need to be sold commercially to keep the brewery afloat.  I, of course, am making a bigger deal of this than I should; other than the disappointment of not getting to taste this 3rd annual Spencer, they’ll all get their beer in the end.  Besides, they are all experts at unconditional love and patience, so I’ll stop lashing myself and just get on with making beer.  Make no mistake, failure sucks ass.  However, I am convinced that the ‘sucking ass’ part is only a temporary part of a bigger whole.  ‘Failure’ is not ‘Failing’ or ‘Failed’.  Failure is the only sure way to success ©.  Currently, with no solution and some scrambled plans, I am extremely positive that we’ll solve the bottle-conditioning issue and get back to the business-as-usual.  Beyond that, though, are some tremendous wings and unfathomable meaning.   Where last week felt like ‘The Beginning of the End’ and I had thoughts of a failing brewery and all that would come with it, I now feel like I am exactly where I need to be, with all the support necessary to vanquish this fear and anxiety of the unknown.  Who knows, but these compromised bottles have a possibility of becoming the collectors’ items of our future…

So, with that, I welcome you to The End of Our Beginning.