Something is definitely afoot.  Generally, historically, usually I find myself only ready to do this blogging thing later in the evening in a eureka moment, under the influence of a bit of Dutch courage.  Under the the guise that this practice of putting down thoughts and intentions is kind of a secret rite, hidden out of sight from the real world that chugs along during the day with seeming far more consequence (with regards to wearing one’s heart upon one’s sleeve, that is).  But not today!  On this fine July Sunday, with the sun ready to wilt anything that dares to ignore it, I am hunkered under the fan with a purpose.

In the infancy of this project, I had hoped that I could obtain all the necessary materials to produce our beer from within the state of Oregon, along with many other.  I batted around the concept of sustainability, and my goal of using this business to gain a deeper understanding of how the world around me, the one that my children are falling headlong into, operates.  I have stopped trying to figure out what the word ‘sustainability’ actually means and am focusing instead on trying to do the right thing.  Just like the words ‘artisanal’ or ‘hand-crafted’ or ‘natural’, my knee-jerk reaction to the word sustainability tends to be a cringe.  How messed up is that??  From the very beginning, through the construction and building of the physical brewery, and into the daily operations and relationships, there is a consistent challenge that presents itself, over and over again.  Vision vs. Reality.  Dreaming against Practicality.  Art/Industry.  This thread is now everywhere I look; a veritable fabric that our current global culture wears like it’s the only clothing available.  No matter what, at the end of the day, our businesses need to be profitable.  The general trend, then, is to produce more and more for cheaper and cheaper prices.  Economy of scale.  Use advertising to tug at heart strings, to create shared identity, to bully.  Increasingly, our products are disposable in the name of consumption, but only after the bottom line and future goals of the business producing them are satisfied.  I don’t even want to begin ruminating on the culture of factory life and all that it spawns.  Yikes!  I think I’m ranting.  Onward, dear reader! 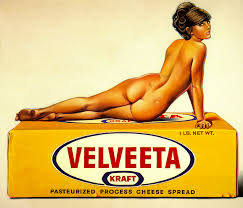 With the events of the last few months slowing the brewery down, it’s given me some very useful perspective.  I’ve reflected on my vision and mission.  I’ve eaten some words, drank others, and listened listened listened.  I realize that I see the world as a pretty messed up place.  My childhood belief about one’s ability to influence real change and to ‘make the world a better place’ has transformed from sharp blacks and whites to an immense sea of grey.  Trees shudder in the wind, dropping needles that prevent undergrowth from taking hold.  Wildflowers spend the winter underneath the bed of needles only to bloom for a few days in the heat of summer.  The creek continuously falls down the hill, never taking the same shape twice.  Yet, here we are.  Regardless of the why, we are here.  Unfathomably held by this world, allowed to proliferate beyond all reason, we are here.  Most likely, not for very long!  Art is temporary, corporations promise infinity.

And so, at the expense of sounding far too melodramatic, I have decided to raise prices in lieu of honoring the tried and true method of growth.  Obviously, this is a thing for me.  How do you ascertain worth?  Is worth the same as value?

It’s probably all in how the words get used in the course of a day.  One of the absolutely most difficult tasks I’ve had with this project was to set the price of Apothecary beer when we first went to market, WAY back in 2012.  I hemmed, hawed, and then some regarding a number that represented a monetary exchange but reflected worth and value.  Not even time.  Time doesn’t exist, and the free market proves it.  Regardless how much time one spends, the value or worth (in the business world) is only reflected by the monetary exchange.  From the 4-hour workweek pulp, the concept of factory work,  it is plainly obvious that time is indeed a figment of our imagination.  It is a different world altogether than the trade and barter system.  Trade and barter bring (er, brought) time into the equation as it supported the concept of worth, it defines it!  But for most of us, we trade our time for money.  We don’t get any say in the value of that money at the end of the day.

As our wholesale prices and Ale Club prices go up, I realize that while I am making local beer, I am not a local brewer.  Meaning that the product that I make is not for everybody, it’s not for my entire community.  In fact, it’s made for a very few.  Shades of grey, indeed, but it aligns with my view of the world as well: not everyone shares it.  I know that my customers understand and appreciate the product I produce, that the method of manufacture is as important as the product itself.  I am committed to fulfilling my promise of elevating the art form of brewing beer to the highest possible standard that I can achieve.  If that pursuit is not profitable enough to make a living, so be it.  Instead of removing myself from the day-to-day operations and ‘running the business’, I have decided to immerse myself in the brewery and cast the business end to the ebb and flow of whimsy & tomfoolery.  I honor craft.  I honor artisanal.  I believe in natural.  I hope for sustainable.  I abhor most things that have to do with the general concept and reality of ‘doing business’.  Evidently, the brewery knew this about me and has made every effort to ensure my sanity by monkey-wrenching my growth plans by wielding wild nature in my face!

I love you, little brewery.